This year, I had the opportunity to race one of the most iconic race tracks in the world – Le Mans. I was part of the LMP3 class with a total of 50 competitors that run right before the 24hrs begin. Le Mans did not disappoint. You can practice as much as you want on the simulator but once you drive 190mph on essentially a two-lane country road with the sun straight in your face you build respect for this track quickly. I had the voice of the race director from the briefing in my head: “Gentlemen, remember, there are no small accidents at Le Mans”.

I also began to realize that 4min laps don’t give you a lot of practice time. With my co-driver Patrick McClughan we shared the car in two practice sessions and each of us got 6 laps in per session. Not much for preparation. The qualification went therefore surprisingly well with Patrick putting the car into P 18 for his stint and P 24 in my stint. They do enforce the 110% rule for lap times which adds a bit of tension to qualy. I was glad this was out of the way.

We had two races, one on Thursday and one on Saturday before the 24hrs. We did very well in race 1 until we’ve been notified by the race director that Patrick “jump started” and I sped in a yellow zone. Both of us truly and honestly believe this was not true. Even our data showed that this was not correct. So, two drive-thru penalties made a P 11 position a P 33. We were not happy campers.

The second race went very well. Patrick started, and I did the final stint. We had the car up to P14 again until another car tapped me from behind in Arnage on the exit … seriouslyon the exit? He had too much entry speed and couldn’t slow down the car. A little spin cost us 4 spots which I couldn’t make up anymore towards the end. We finished P 14 which was for two Le Mans rookies a great result considering we brought the car back in one piece each time. It could have been even a top 10 finish.

Maybe we try again next year ? 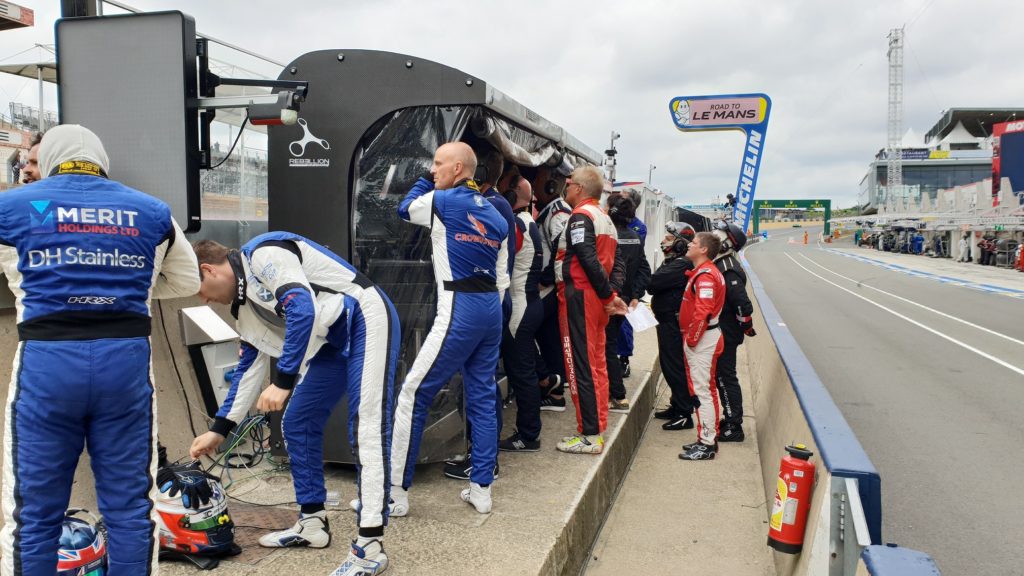 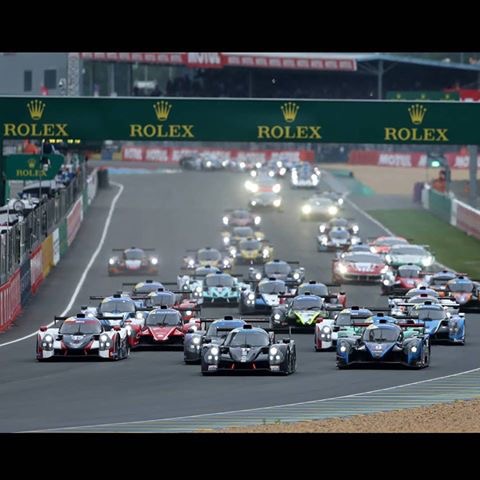 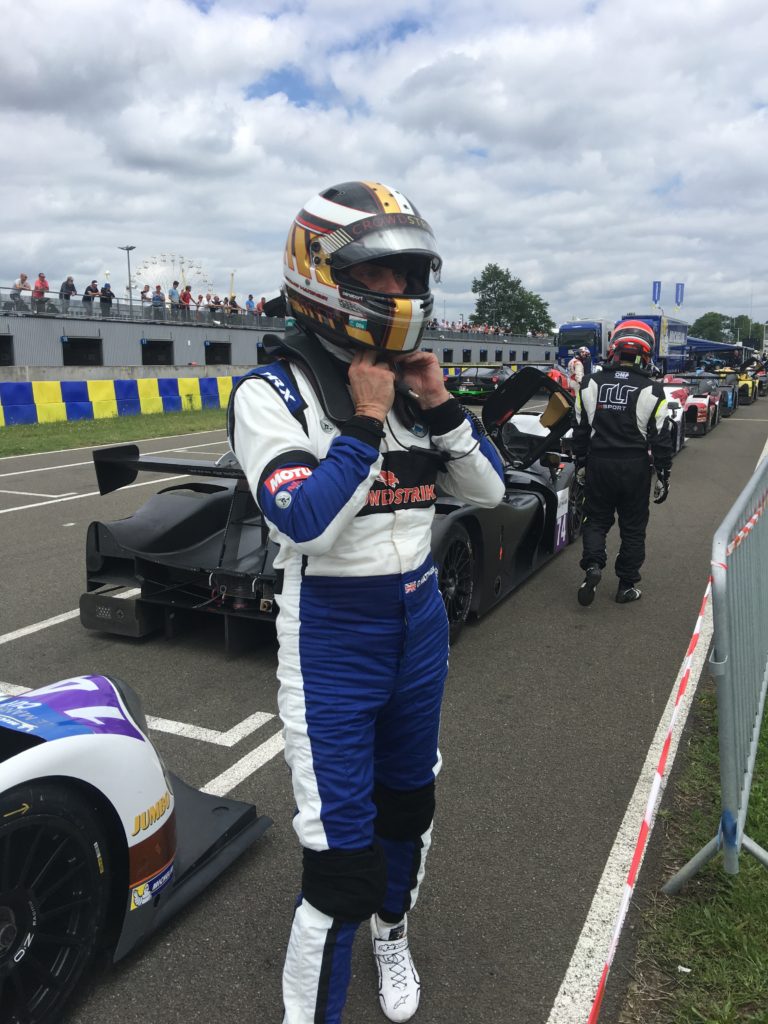 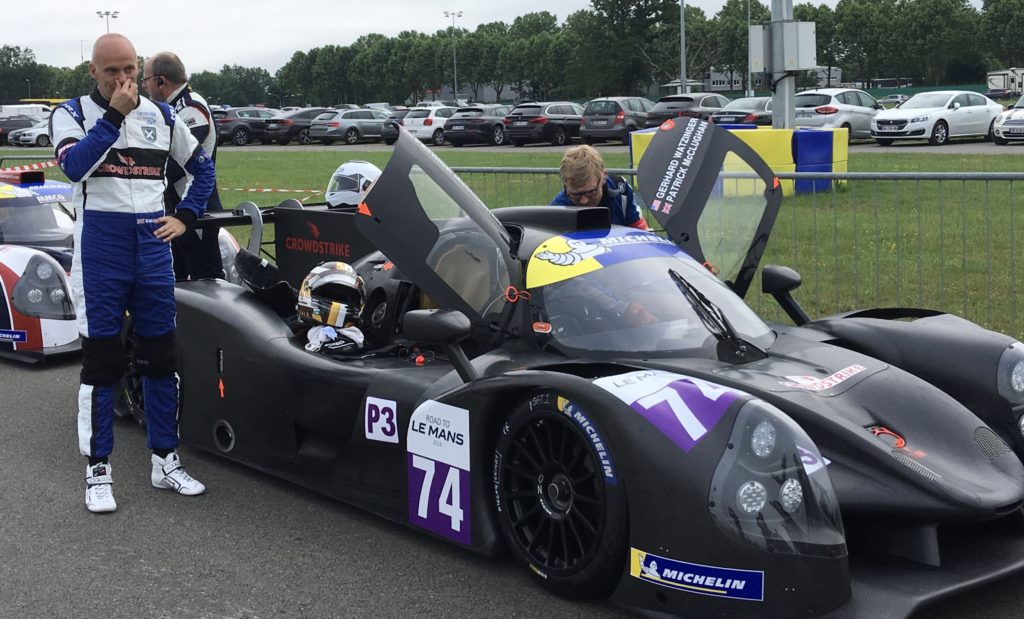